A Brief Comparison of the Political Systems of Britain, France and the United States 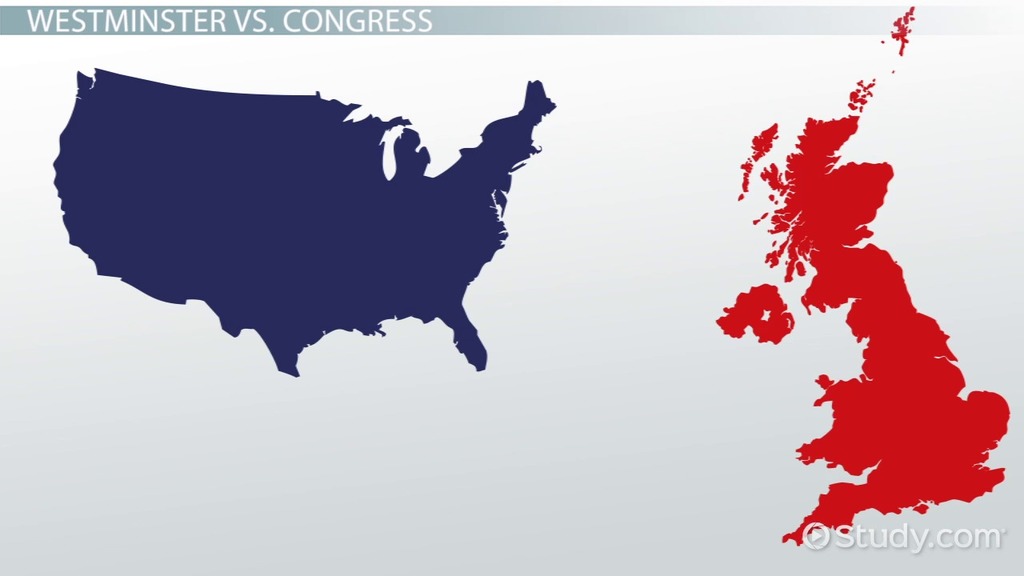 The conditions a country must meet to be considered democratic include free and fair elections, the freedom to create political parties, and a clear process for policy creation that includes transparency and accountability of elected officials. In addition there must also be civil and political rights including the right to vote, freedom of assembly, conscience, privacy, and expression, and a judicial system independent of the executive and legislature charged with protecting citizen’s rights. Of the three countries, the United States, Great Britain and France, the United States has the most democratic governmental infrastructure.

The United States constitution is based upon the idea of independent branches of government with independent powers. This system was created to insure that there could never be tyranny by one branch of government, and that as long as the branches fought themselves for power, the people would remain free. All members of congress are directly elected by the people and have fixed terms. The executive is elected through the Electoral College, to insure that the candidate with the broadest support throughout the country is elected, not just one large state. The popularly elected legislature passes laws that the president can veto or sign into law. This competition forces compromise. However, even a law passed by congress and signed by the president can be repealed if the Supreme Court, with the power of judicial review, finds the law unconstitutional. This has caused many oppressive laws to be repealed and civil liberties to be protected. Judges are appointed to the Supreme Court by the president and approved by the Senate, the upper house of congress. Once confirmed, the judges serve life terms to insure that their decisions are based on the constitution and protect minority rights rather than ceding to a sometimes-oppressive majority.

The political system of Great Britain is a parliamentary one and is the least democratic of the three countries. In the British system there is something known as Parliamentary sovereignty. This states that whatever law is passed by parliament is absolute. The courts cannot declare anything unconstitutional and therefore cannot effectively protect civil liberties. Parliament will pass laws simply because they have the support of the majority without taking into consideration minority or individual rights. For example, in Britain it is illegal to encrypt data even on a personal computer without providing the government with the password. This is a clear violation of the citizens right to privacy. The lower house of parliament, the House of Commons, is elected, while the upper House of Lords is permanent and not elected. The governing party in parliament chooses the Prime Minister. The Prime Minister can also control the timing of elections, as long as there is one every five years. This system can be manipulated to stay in power for longer periods of time than would be possible in other systems.

The French system is semi-presidential, and is better than the United States’ in some areas but not all. The election of the President is based on a two-ballot system. There is an initial general election where multiple candidates run for the presidency. If one wins an absolute majority (greater than 50% of the vote) they are elected. However, if it is it is split 48-47-5, the top two candidates have a runoff election, the last 5% of people can re-cast there vote so that the president is always the most widely supported. Then the President appoints a Prime Minister and a government that answer to Parliament. In this system the President does not make policy decisions. There is a court known as the Constitutional Council with the power of judicial review. The court consists of nine members in staggered nine-year non-renewable terms. The national assembly, the Senate and the President each appoint three judges to the council.
However, the parliament has limited debate with the minority opposition unable to express grievances. This causes a lot of disconnected groups to take to the streets in protest or riots.