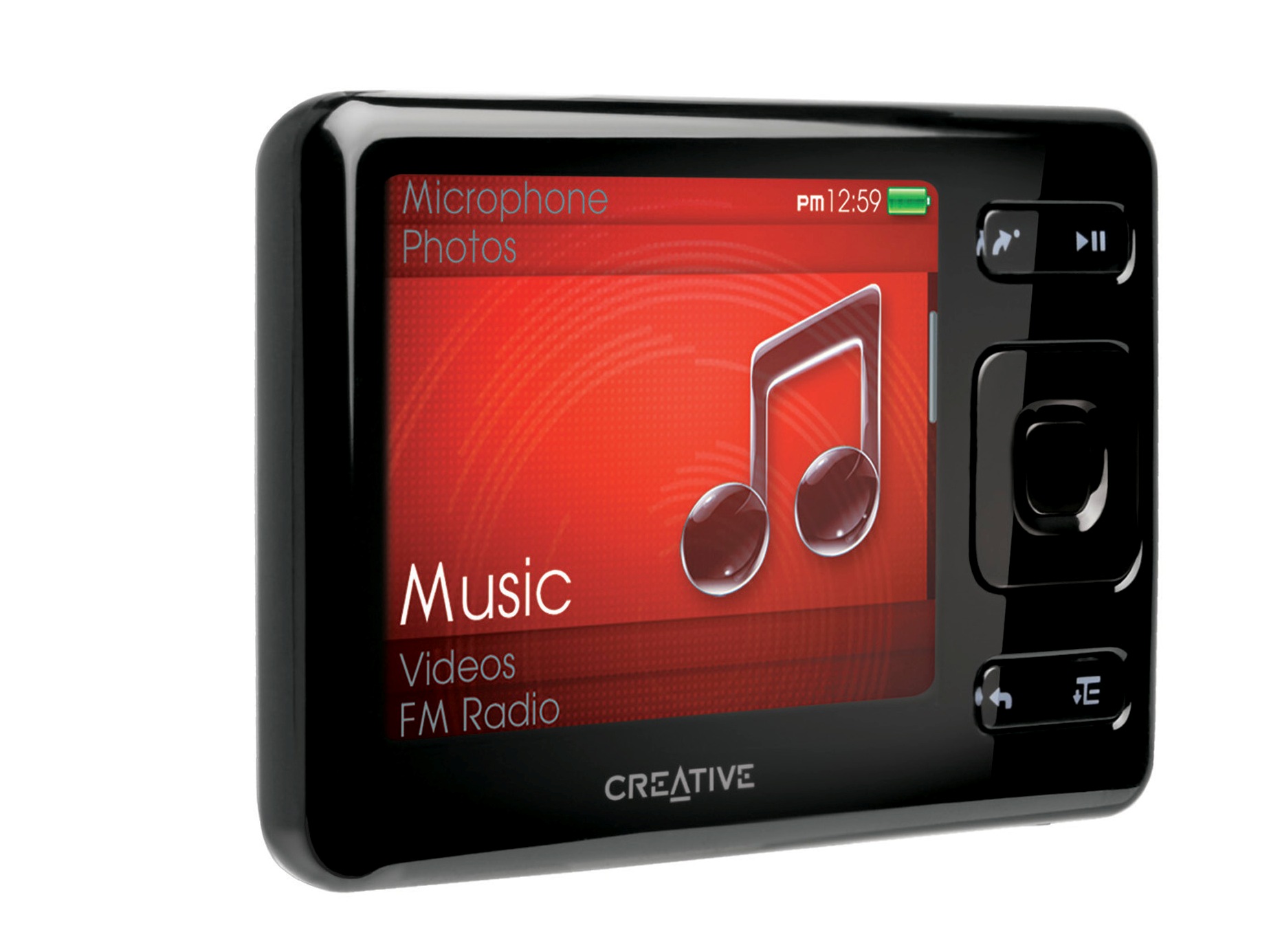 If you are taken aback by the Apple iPod monopoly; the iPod doesn’t appeal to you, or if you just prefer a different branded portable music player. The Creative Technology ZEN 4 GB Digital Media Player is a rock solid alternative to the Apple iPod; the ZEN features adequate storage and stellar sound quality which goes a long way in earning your music buck. The Creative Technology ZEN might not have the brand recognition of the iPod, but the ZEN is more then sufficient for listening to music on campus; taking your favorite video files along, and showing off a stellar appearance. The Creative Technology ZEN Digital Media Player is the smart alternative to the Apple iPod; the alternative that you can actually enjoy using without feeling like you bought a cheap knock-off.

Main Product Features:Portable Music Player manufacturers are gunning for the top dog, Apple. Creative Technology has taken a different approach; the ZEN is it’s own device with a loyal following. The ZEN isn’t trying to be an iPod; in fact the ZEN looks just as good with just as many innovative features. But its important to note that the ZEN isn’t a clone of the iPod either; the ZEN has been around the block for awhile now, getting better with every release phase. The ZEN isn’t a hard drive based Portable Music Player, instead this device utilizes built-in memory. 4 GB of memory to be exact; that’s more then enough internal storage to hold 1000 songs without busting at the seams.The Creative Technologies ZEN features a 2.5-inch color LCD screen, with a native resolution of 320 x 240; that’s more then enough real estate to watch a full length movie comfortably. The ZEN has support for all movie formats including MPEG-4 and MPEG-1; there is also support for the DivX video format. File uploads are not slowed thanks to support for the USB 2.0 file transfer technology; the ZEN also has support for AAC and MP3 music files. The ZEN has real strong suits that the Apple iPod doesn’t; the built-in FM tuner is excellent, and the battery life is extended up to 25 hours.Creative Technologies has crafted a truely stellar portable music player; the ZEN is only about the size of a credit card but this unit has many features that a comparable iPod doesn’t. So, this college year before you head off to school with a beautiful new iPod; take a look at the Stellar Creative Technologies ZEN portable music player, a viable alternative.Purchase Price:The Creative Technology ZEN 4 GB Digital Media Player can be purchased direct for $89.99; the Creative Technology ZEN is also available refurbished.