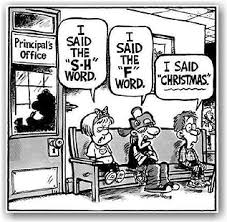 How long are we going to put up with this madness? Seriously, it is getting out of hand.

My wife quit her job last week and a comment she made before a meeting ended up being the final blow. She had been very dissatisfied with her job and the demands placed upon her for a long time. It seemed things would always get a little better, then worse, a little better, and then worse again. Kind of the one step forward and two steps back scenario.

I’m sure she would have quit eventually but it was this meeting that sealed the deal. She and a few of her co-workers were sitting in a conference room waiting for others to arrive when a man of Hawaiian ancestry commented that it had been hot the prior weekend and he had gotten sunburned. My wife apparently was not aware that people of darker skin color could sunburn just like those of lighter skin color. Somewhere she had heard that they did not burn.

Being the ever-curious person that she is, she asked him that question. Something like “Oh, I thought people with darker skin couldn’t sunburn”. Well he told her that they could and then the meeting started. The next morning, one of the managers from another team came to her desk and informed her that someone in that room had been “offended” by her remark! (At least we are pretty sure it wasn’t the man who started the whole thing)
Offended, really? I think the proper response should have been that “I am officially notifying you that I am offended that the other person is offended”.

I say it’s time we the normal people start complaining about the complainers. I say that we do to them what they are doing to us. When they say we offend I think we should turn right around and report them. I truly believe that we should be offended that they are offended. We should let our managers know that in no uncertain terms. It is uncomfortable working in an environment where not only every word you say is scrutinized but the manner in which you say it is as well. It is time to start fighting back!